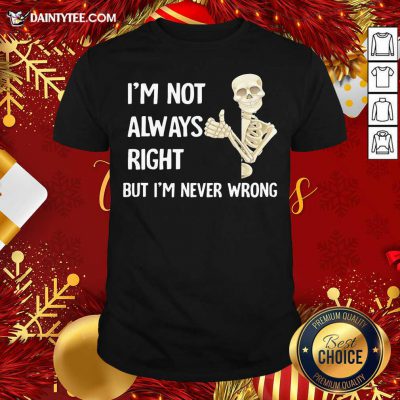 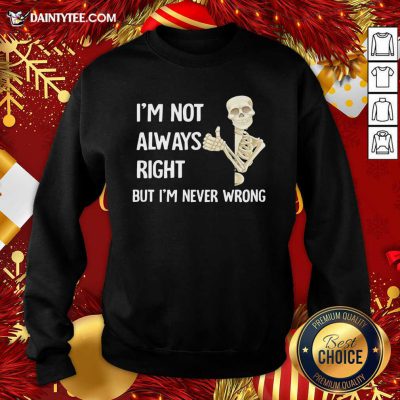 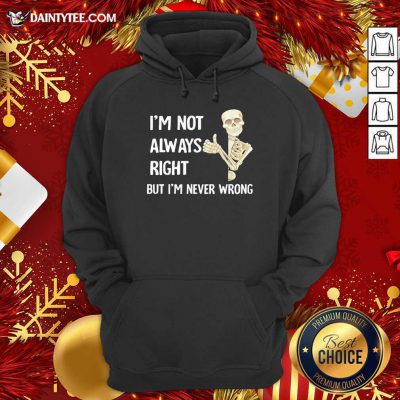 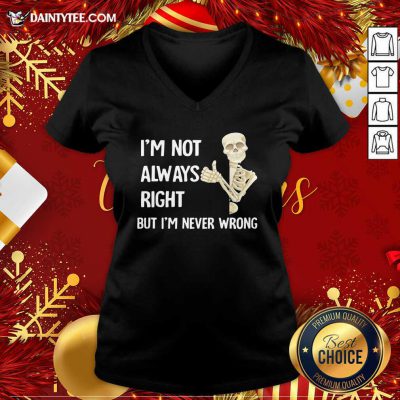 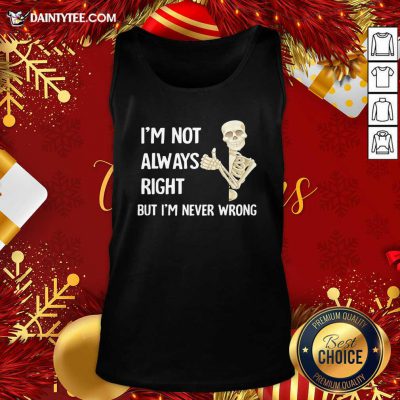 Ah, good eye. Damn, I hadn’t even noticed that. Great  Good Skeleton I’m Not Always Right But I’m Never Wrong Shirt catch, I never would have seen that. Good catch! Peep the BLM in the background. Hell yes. Oh, that’s brilliant. DNC has been on point with subliminal messages. Yup best believe the Rnc won’t have anything close to that kind of message well… except for the sell-out bipolar boy Kanye. Peep the BLM behind warren. Das coo. Thanks! It is cool. This is as devastating a speech as someone can deliver on network tv. He’s saying everything short of “Trump is a moron” and it is glorious.

Has there ever been such a forceful rebuke from a  Good Skeleton I’m Not Always Right But I’m Never Wrong Shirts former president against a sitting president? No. But then again there has never been as of a president as 45. I am 55 and have never heard of it. Not in modern history that I’m aware of. I don’t think so. But Obama has held his tongue long enough. Teddy was running a third party against Taft. That’s pretty much it. The kicked dog howls. The tweets if his brain dead followers are worse, though. It’s amazing how stupid these people are. You love to see it.