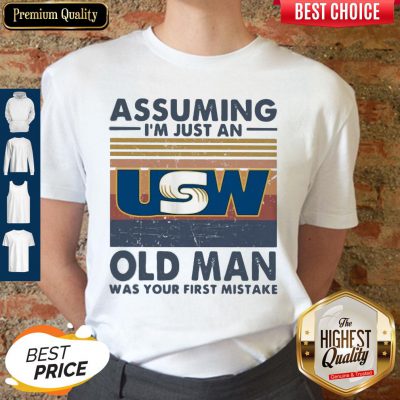 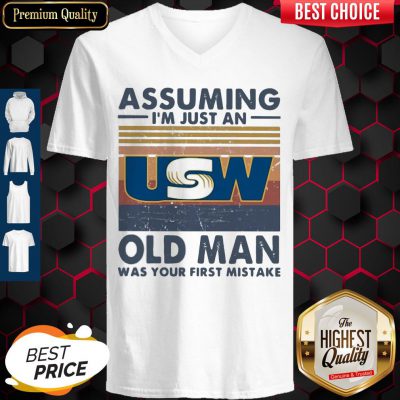 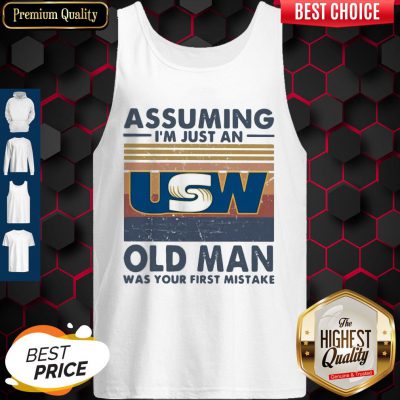 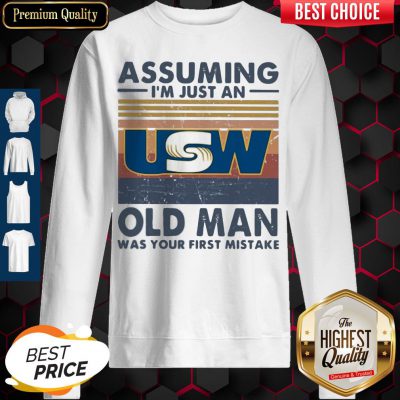 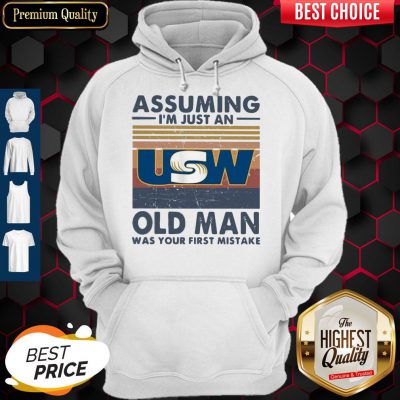 Wow. I’m being United Steelworkers Assuming I’m Just An Old Lady Was Your First Mistake Vintage Shirt? I’m a history teacher and I hate Jackson and teach my kids that he’s a very controversial figure. I tell them the truth about the trail of tears and the other terrible things Jackson did. But he did bring democracy to more people and he did try to fight some forms of corruption (killing the National Bank). I agree that he did a lot of harm to this country but he did some good also. Yeah Jackson hated banks and was actually in a bit of a bank war. He was a known bank buster at the time and apparently that’s why they put him on the $20 bill.

I’m all for keeping him there out of spite though I also wouldn’t mind seeing all of the people on the United Steelworkers Assuming I’m Just An Old Lady Was Your First Mistake Vintage Shirt. I’d be in favor of putting trump on the penny so that we can finally have the national conversation we need to about printing money that’s worth less than its weight in resources. We lose money on manufacturing pennies and nickels, and it’s not even worth the political talking point, because that’s how bad shits got in America. We could literally just pass a bill forcing the treasury to not make them anymore and we would gain money.

The screenshot was enough for me. It is so easy to hate in United Steelworkers Assuming I’m Just An Old Lady Was Your First Mistake Vintage Shirt. I hate that I hate it. But it is so god-fucking-damned hard to stay positive these days. All I have is the next sunrise and my little cat. But there’s a god-damned black hole in my chest, and there isn’t a thing I can do about it. If you really are feeling that way, I’ve been there before too. What I’ve recognized is that sometimes I get into the news, and Reddit and the like too much— my mind gets wrapped up in it. But meanwhile, there is a lot of good going on. For the 1 shitty thing that makes headlines, literally millions of people just had a great day carrying love in their hearts, doing what they enjoy, being with loved ones… even in a shitty pandemic.

Other products: TOP I SPENT MY BIRTHDAY IN QUARANTINE SHIRT